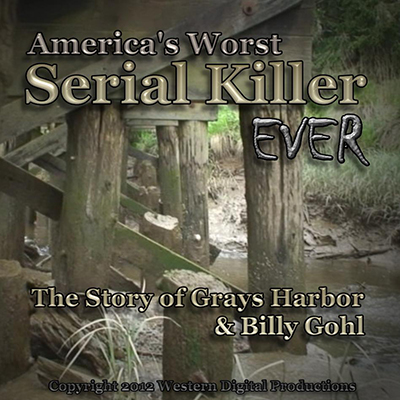 Billy Gohl was the leader of the Sailor Union of the Pacific in Grays Harbor, Washington through the years of 1902 to 1910. His position made it fairly easy to murder his victims. His office contained a hidden trap door that dumped into the river. Using it to his advantage, he used it to dispose of the bodies.

Eventually, more than ten bodies were discovered a week floating in the Wishkah and Chehalis River. Suspicion arose and an investigation began. Over 200 murders were linked to Billy Gohl but conveniently, all witnesses ended up missing; except for one, this was Billy's demise. Billy was convicted of one murder in the year of 1910 and sentenced to life in prison.

While in prison, Billy witnessed a stabbing which led him to become insane and therefore was transferred to Sedro Woolley Asylum for the criminally insane.

Along with his biography this video also contains:

Thank you for your support. Filmed in HD for clarity. Approx. 60 minutes with photos and narrative.